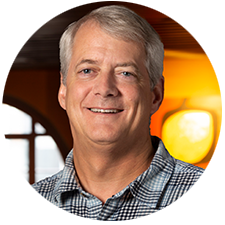 Prior to joining Apnimed, he led U.S. operations of Helperby Therapeutics LTD as Chief Executive from 2016 to 2018. Helperby Therapeutics develops novel combination antibiotics to treat multi-drug resistant bacterial infections. From 2014-2016 he consulted for a number of anti-infective companies, helping them with their development, regulatory and financing strategies. From 2001 to 2014, he held a series of positions of increasing responsibility at Paratek Pharmaceuticals, Inc. located in Boston, MA. Paratek Pharmaceuticals develops novel tetracycline antibiotics. From 2012-2014 he was CEO of Paratek Pharmaceuticals, helping to take the company public through a reverse merger with Transcept Pharmaceuticals in 2014. Prior to Paratek, he was the President of JBI Associates, a consultancy for hospital pharmacies from 2000-2001. From 1998-2000 he served as the Director of Finance and Business Development at Magainin Pharmaceuticals in Plymouth Meeting, PA. He worked as a consultant at Bogart Delafield Ferrier, a strategic healthcare consulting firm located in Morristown, NJ from 1993-1996. From 1991-1993 he worked as a financial consultant at Merrill Lynch located in Somerville, NJ. He holds a BA in Economics and Biology from Brown University and MBA in Health Care Management from the University of Pennsylvania, Wharton School.